Country Garden Holdings, one of China’s biggest real estate companies, is stepping up its pace in industrial integration. In only half a year, Country Garden has purchased the shares of four leading building material suppliers in the sectors of ceramic tiles, sanitary wares, coating materials, and curtain walls with a total value of RMB 1.441 billion yuan. 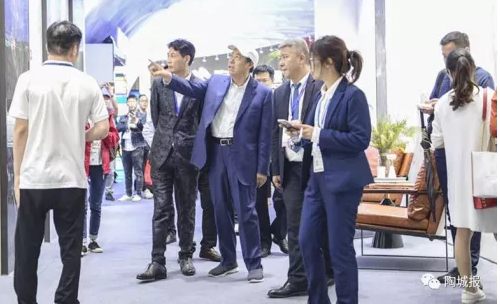 On May 5, 2020, Country Garden bought 27,129,679 shares of Monalisa Ceramics’s non-public offerings at a price of RMB 500 million yuan. After the completion of the subscription, Country Garden would hold 6.22% of Monalisa’s shares.

Actually in the last two years, the president of Country Garden Mr. Yang Guoqiang had frequently showed up in the ceramic exhibitions. He led a team in person to attend the UNICERAMICS Expo and spent hours looking for a suitable tile. And in the June of 2019, Mr. Yang visited quite a few of the leading ceramic enterprises in China including the New Pearl Ceramics and Hongyu Ceramics. Hongyu Ceramics even built an exclusive warehouse for Country Garden. 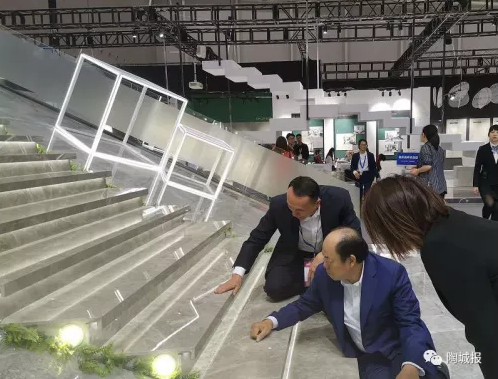 The unusual visits of Mr. Yang was the sign of Country Garden’s ambition to expand its empire. Country Garden was discreet in the decision of choosing who to cooperate. The building material suppliers that Country Garden chose through buying shares are all leading enterprises in the industry and have stable business relationship with Country Garden.

Monalisa also mentioned in its 2018 annual report that it had developed strategic cooperation with various real estate giants including Country Garden in the engineering projects. Country Garden had spent 431 million yuan on Monalisa’s tiles in 2018, and 371 million in 2019.

Country Garden Manufactures Its Own Furniture

In April 2019, Country Garden signed a cooperation agreement with Chaozhou (a city in the east of Guangdong Province) government. Country Garden spent 5 billion yuan in building an industrial park of 666,667 square meters as a producing base for smart sanitary wares. The producing capability of the base is estimated to be 1.4 million pieces per year. The base is expected to put into production in October, 2020.

Mr. Zhang Qikang from Monalisa Ceramics commented that the purchase of Monalisa’s shares by Country Garden showed another effort of Country Garden to integrate the upstream of the real estate industrial chain.

With the increasing influence from the capital market, more and more ceramic companies in China come to realize the inevitable trend of industrial integration. The president of Dongpeng Ceramics, Mr. He Xinming said “Cross-industry integration is good, not bad, as enterprises can thus enjoy the benefits of resource complementation and sharing, which at the same time promotes the development of the industry.”