To Survive or to Close, Chinese Ceramic Enterprises in 2020

2020 is a tough year for a variety of industries around the world, including the ceramic industry. The outbreak of the coronavirus hit the global economy ruthlessly.

Although the situation in China has passed its worst, the influence of the outbreak on the industry will last for a long time.
According to Mr. Yao Ruohan, expert in the ceramic industry and founder of Alex & Masen Thinktank, as ceramic products are needed in spite of the outbreak, the pandemic has only delayed the market demand. Nonetheless, the coronavirus will accelerate the transformation and upgrading of the industry without doubt.

Up to today, the COVID-19 cases in China has dropped to 1894 with a small number of daily new reports which mainly relate to abroad. As of April, many ceramic enterprises in China have gradually resumed work and production. 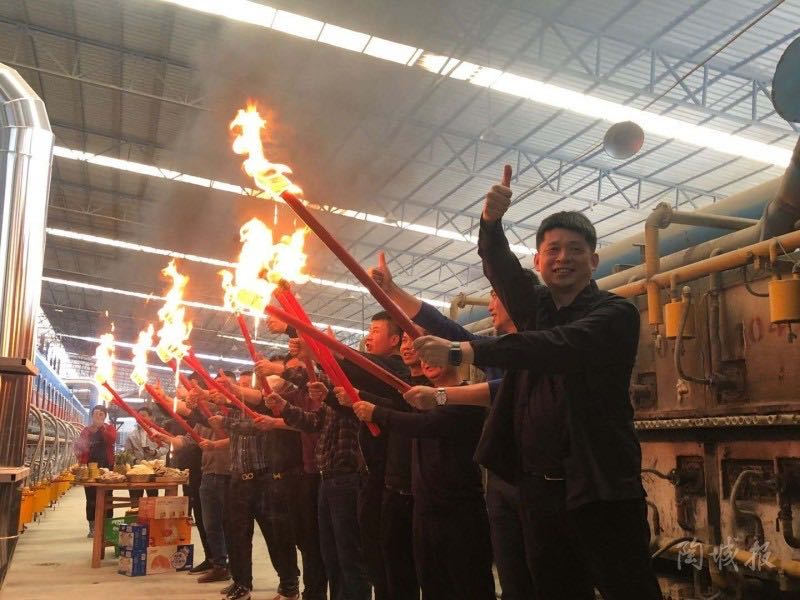 Epidemic Plus Stricter Environmental Regulation, Huge Challenges for Chinese Enterprises
Although the Chinese government has provided a package of preferential policies to ease the difficulties faced by enterprises under the epidemic, in the last two years, the ceramic industry in China have been in transformation due to the stricter environmental requirements on the ceramic factories, tighter regulation and control on the real estate market, and the price war among mid- and low-end products. The outbreak undoubtedly has rubbed “salt in the wound” for the industry. Some enterprises are able to turn the crisis into an opportunity while others are not.
According to the People’s Court Announcement, there are 13 ceramic and sanitary ware enterprises in Qingyuan City going bankrupt in 3 days from April 7 to 10. Before that, 6 ceramic enterprises in Foshan City and Jiangxi Province have declared bankruptcy, plus 1 in Foshan restructured and 1 in Wuhan liquidated since January in 2020.

As China is stepping up its coal to gas switching policy to ease the country’s worsening air pollution, costs for production will rise by 20% to 30% or even more. In addition, the price of some materials is also on the rise.

In Zhaoqing, Guangdong Province, only the enterprises who have completed coal to gas switch can continue the production in 2020. As of November 2019, there are 96 production lines that have completed the transformation out of the total 264 lines. Enterprises that have forward-looking plans can survive in such harsh environment, for example, the New Pearl Ceramics Group, Marshal Ceramics, and Inol Ceramics. As early as 2010, the New Pearl had paid attention to the environmental protection and Inol had invested in the air pollution prevention and control facilities. Marshal also speeded up its comprehensive treatment of flue gas dedusting and desulfurization before the deadline.

Qingyuan is confronted with the same challenge as Zhaoqing. Currently, there are 150 production lines in Qingyuan having completed the coal to gas switch out of the total of 169. At the end of March, Marco Polo and Monalisa who took the lead to complete the switch have resumed their production in Qingyuan while other factories that haven’t have had to postpone the resumption.
From 2002 to 2006, with more and more ceramic factories moving out of Foshan City, a ceramic building industry with an output value of more than 20 billion yuan formed around Foshan. Being the major city taking in the factories, Qingyuan attracted big ceramic enterprises like Monalisa, Xinzhongyuan, and Ouya to invest and build productions lines, which boosted the economy of the city.
However, under the strict environmental regulation, factories that fail to switch from coal to gas will be knocked out. According to preliminary statistics, 5 ceramic enterprises have applied for liquidation and quite a number have been included in the untrustworthy list. Many enterprises under the pressure of rising costs and the impact of the outbreak have to suspend the production.

Zibo and Linyi are two significant ceramic producing cities in Shandong. By the end of March, most of the ceramic enterprises who are capable to switch from coal to gas have resumed the production and yield tiles. CTW learned that there are 49 ceramic enterprises in Linyi. For those who have not resumed production till today, it can be sure that they will barely survive the pandemic.

Despite the unfavourable environment for Chinese Ceramic enterprises, Fujian has kept a stable output and turnover. Even in Chinese Spring Festival, more than 30 production lines under Mingsheng Ceramics, Haoshan Ceramics, Guoxing Ceramics, Juntao Ceramics, Haohua Ceramics and etc did not halt the production. As a result, despite that the enterprises could not resume production during the pandemic, the supplies from Fujian have not been suspended thanks to the sufficient stock.

Fujian has 8 categories of products including external wall tiles, glazed tiles, glazed porcelain tiles, middle-size tiles, thick tiles, thin slabs, and tiles with wood-like texture. Except the middle-size tile, Fujian’s other products all have their competitive edge in the Chinese market, for Fujian adopts product block method which can alleviate the internal competition and ensure the survival of most enterprises there. Besides, the ceramic enterprises in Fujian strictly control the costs and raise the flexibility and diversity of the cooperation mode. All of these contribute to the stable development of Fujian’s ceramic industry.

Crisis or Opportunity? Ceramic Enterprises in China Desperate to Find a Way Out

Facing such situation, some enterprises take the initiative to find a way out and livestream sales have become the most favored channel to sell products. From February 13 to 20, Guanzhu Ceramics had held 18 live selling activities with a transaction value exceeding ten millions. Overland Ceramics launched livestream sales on Tmall on February 25 and harvested more than 660,000 likes.
In the two livestream sales on February 23 and March 18, ITTO Ceramics (Jinzhong) sold out 830,000 square metres’ tiles with only 6 staffs.
From March 19, Dongpeng Ceramics started its 13-day livestream selling. In the first two hours, the transaction volume had exceeded 36,000 with more than 1.5 million people watching online.
On March 14, Arrow Sanitary ware received 5900+ orders during its live sales with more than 150,000 netizens watching.

In the evening of March 21, SSWW Sanitary ware received more than 20,000 orders in one livestream selling activity.

With more and more provinces in China launching plans to invest in the new infrastructure, the prospects for the ceramic industry in 2020 are still promising. During the CCPL investigation trip with the experts in 65 enterprises, CTW has witnessed the efforts and innovations made by some enterprises. The Ceramic industry in China has tilted towards quality and innovation. As Mr. Yao Ruohan said, in this information age, entrepreneurs should pay more attention on the macro economy as well as the new technology and the new forms of business. To survive in the industry reshuffle, leaders of a company should be able to make the right decision.